Last week, before I went on a holiday road trip (yes I did need to unwind), I was called to shoot the new Mazda MX-5 preview with the Miata Club of the Philippines. The members were such a cool bunch and we had so much fun that day.

We met up with them at Petron SLEX, where we headed to Ford Philippines HQ to meet up with Ford head honcho Rick Baker before they went on to the fun stuff at Ayala Greenfields in Batangas. The club presented a commemorative 10th anniversary photo to Mr. Baker which the they recently celebrated. The photo showed a number 10 which was formed by their Miatas. 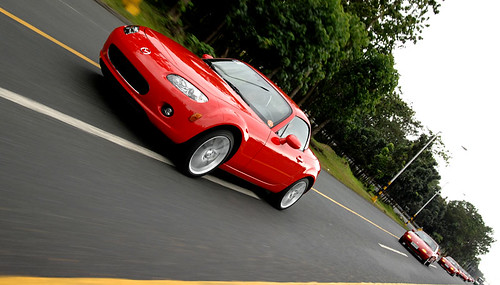 From Ford, more than thirty Miatas were converged to do a convoy going to Greenfields. It was the first time I had seen and shot so many Miatas. It actually turned out quite challenging on how to fit them all in one frame. 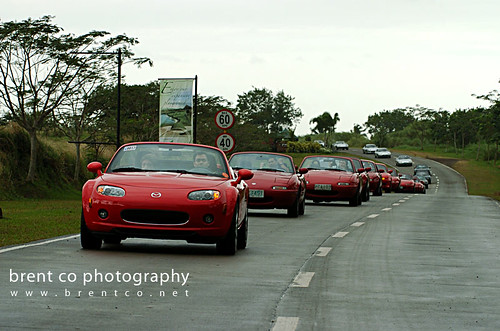