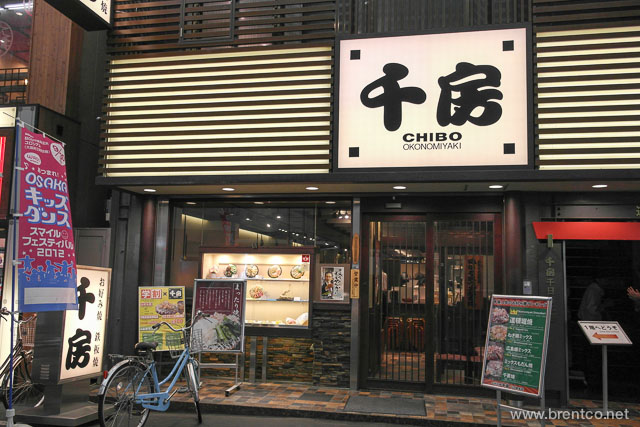 In Chibo, the restaurant where I had my sample of authentic Osaka-style Okonomiyaki, the chef prepared it teppanyaki-style and topped it off with Japanese mayonnaise, otafuku (okonomiyaki sauce), katsuobushi (bonito flakes) and aonori (seaweed flakes). He also noticed I was a tourist so he put on a little bit of a show to add some visual appeal to the food. I like the impressive style of topping it with mayo and the etching a shell shape on my Okonomiyaki. 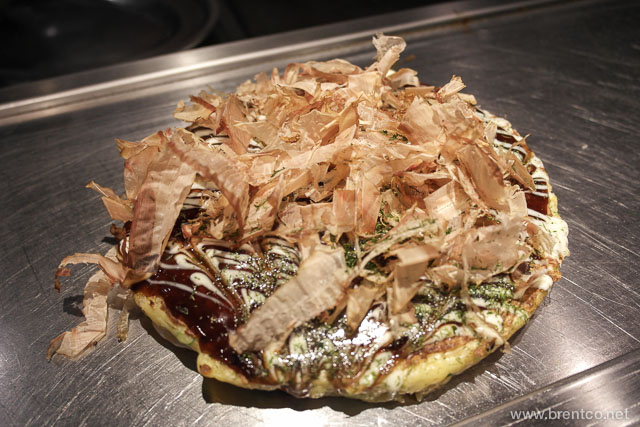 This was my first meal in Osaka after literally just arriving from the airport to the city. It was so conveniently located just across the hotel I stayed in at Namba Station. 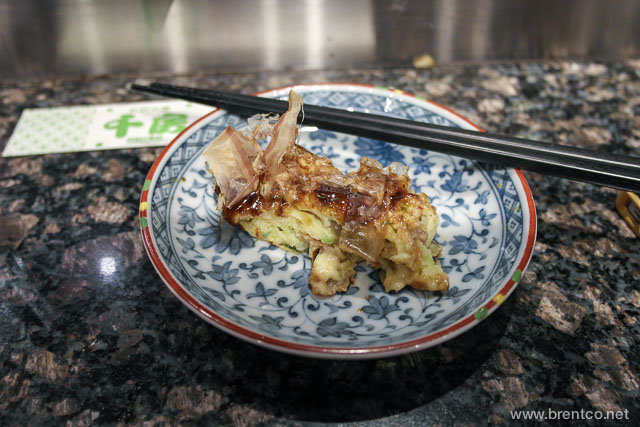 Every bite gave the texture and flavor of all the ingredients. Compared to the one’s I’ve tried, this just blows them away completely. While there aren’t too many times I’ve actually had Okonimayaki, I would say that this is one awesome dish and maybe the best I’ve ever had.